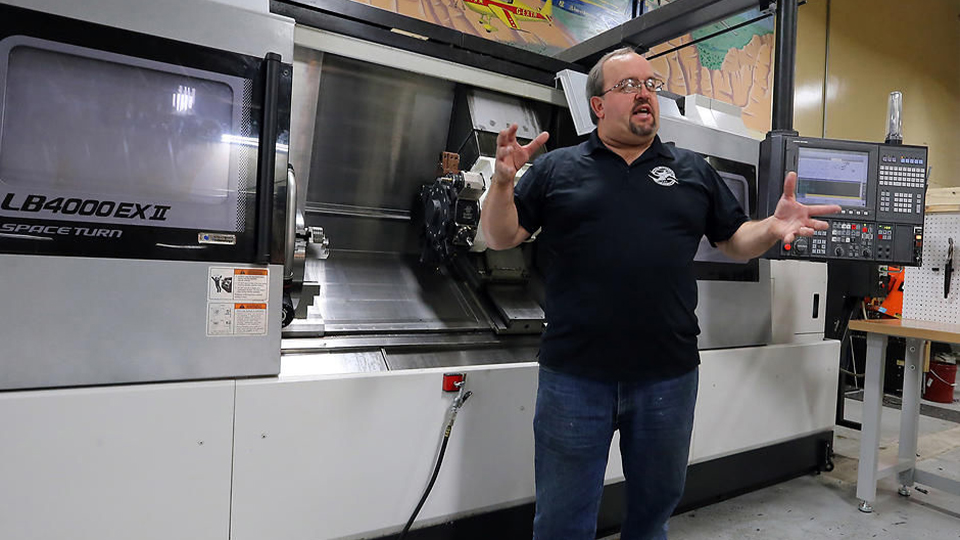 Precision machined parts made by Wren Industries in Grand Junction could find themselves on the way to Mars, as part of the Orion project to send astronauts farther into space than any human has gone.

Wren Industries was selected to produce closeout seal plates, making it one of more than 100 Colorado companies working to supply parts to aerospace giant Lockheed Martin.

Getting the contract to supply the Orion project is the culmination of years of effort, said Michael Sneddon, who owns Wren Industries with his wife, Shannon.

“It’s been two years and it’s still in the infancy, but this is a big step,” Sneddon said.

“We’re bidding on more and more work,” he said. “It’s hard to beat down the door.”

Sneddon worked as an engineer for Hamilton Sundstrand, then was general manager of Wren before buying the company eight years ago.

He said the company’s prospects will improve as the aerospace industry expands to meet new challenges such as Orion, mining asteroids and eventually touching down on the Red Planet.

Aerospace projects make up the bulk of Wren’s work and the company works with West Star Aviation at the airport and its neighbor, Jabil Lewis Engineering, Sneddon said.

It also supplies precision machined parts to the oil and gas and firearms industries.

Business has been busy enough that Sneddon is adding two more slots to his existing six-employee workforce and the Orion contract can only improve prospects.

The contract also is the culmination of work by the Grand Junction Economic Partnership, said Executive Director Kristi Pollard.

“This is a huge win and hopefully the start of many to come,” Pollard said.

“That opened the door to a number of positive conversations,” Pollard said.

The contract “acknowledges the Western Slope’s well-educated work force and high-technology business environment,” Tipton said in a statement, while Thurlow called it a “milestone” for the Western Slope.

“There has been a concerted effort to highlight the great many aerospace companies operating in all parts of the state and this win proves our efforts are beginning to be acknowledged,” Thurlow said.

Aerospace businesses on the Front Range encourage similar development in other parts of Colorado, Sneddon said.

“I can’t say enough about how much they welcome the Western Slope,” Sneddon said.

In all, about 1,000 companies are working on the Orion project, which is scheduled in 2018 to send a spacecraft beyond the moon and into deep space.

This year, construction is to begin on the vehicle for the first Orion flight with astronauts, which is to fly as early as 2021, according to the NASA website.