We Make It Here: Wren Industries 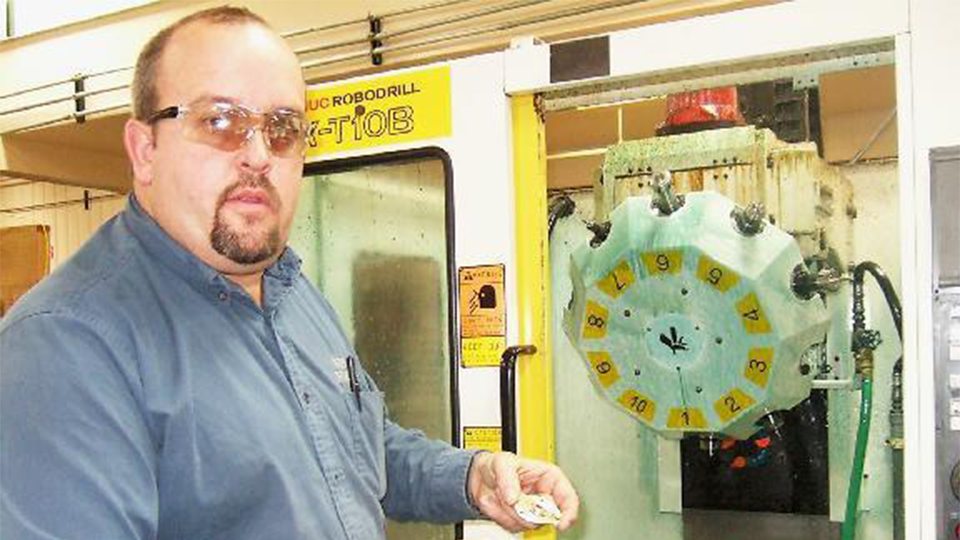 Wren Industries is primarily a supplier of parts to the aerospace industry, but it’s a manufacturing company that is still searching for a niche.

In the past three years, Mike Sneddon, president and CEO of the Grand Junction company, has tried a variety of different ideas to diversify and increase the company’s sales base.

Most recently, he’s been making parts from thermal plastic composite, for FiberForge, a leader in composite technology for the aerospace industry.

“We machine everything here from brass, stainless steel and copper,” Sneddon said from inside the 5,000-square-foot factory at 2800 Printers Way, adjacent to Colorado Printing.

Wren’s machines make a multitude of products, such as a part used on the range flap actuator on the rudder systems of commercial aircraft to small housings for gear systems used by the oil and gas industry.

They also design and make parts for rope rescue equipment.

Sneddon was an engineer for Hamilton Sunstrand for 18 years. After that company left the Grand Valley, he purchased Wren Industries.

Under his ownership, the fledgling manufacturing company has enjoyed a 120 percent profit increase in 2008 thanks to Sneddon’s efforts to diversify the company.

He has now has six full-time employees and has increased the company’s sales to $750,000 a year.

Running a manufacturing business is much more complicated than most think, he explained.

“It’s not just about going in to make a part — there are so many aspects to it — metallurgical, tool horsepower, tolerance level, and gauging,” he said.

“And with all these things you do, you have to understand how to make it cost-effective,” he said.

That proves to be the biggest challenge for a small manufacturing business like Sneddon’s.

“Right now we need to figure out how to compete globally — we’re small so we’re never on the same playing field.”